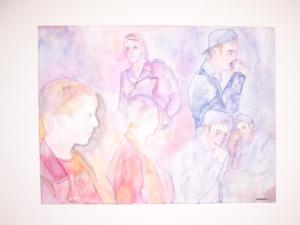 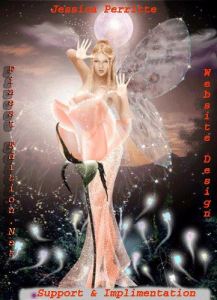 ok well in this third portion of my blog i’m going back a bit to time right before my daughter was born, At this time I ran my own Remodeling Construction business to fair amount of success I even served in the US Army Reserve. as Military Police on Lackland Military base.now this was back in 1985 ,1986 1987.1988/ I even got the pleasure of being one military members to be posted to guard the Popes route in San Antonio, Texas during his pope-mobile tour. which was circus. Well by 1988 that ended and was separated from the Reserve Army Group. Honorably. so there I did my part  for Country and I got back to living my life as a Parent , many do not understand the complexities of attempting to live a Real Transgender Life, Meaning this is not a life one should ever enter into if you’re not sure, seek assistance with Counseling,just to be positive this is what’s needed all to many times I’ve seen folks in the community attempt to transition and they were not positive it was right ,meaning  for some there a time and place for everything.and because of them not being sure ,ended up committing suicide, it’s hard enough just for a typical person to get through life it is compound exponentially when it is a Transgender issue one deals with , for Instance had a very caring and giving Individual that was a roommate of mine because we both were Transgender we decided to help one another by sharing an apartment and sharing living expenses, which was a blessing. she was just transition at age 61,  and she needed someone whom knew her way around.well she worked night shifts as a Manager of Valerio Gas Station,and I had just started new job with Verizon Wireless as a Technical Support Representative.she road a moped to her work since it was within 1 mile and during that time she had folks hit her on her bit with beer bottles and was bitten by Brown Recluse Spider on the leg, now I attempted to get her medical assistance  at Memorial Hermann Northwest hospital,l and with no help attempted to seek assistance from four other emergency rooms before being admitted at Lyndon B. Johnson Hospital in which little did I or her know it was too late! They Lanced it but a clot had already broke loose and right after she was released two days later, I went to wake her so she wouldn’t be late for work and she passed because of the clot, , I ‘m just stating even the medical professionals we sought for help in dealing with the spider bite to them we as Transgender Woman we were irrelevant, and we were dismissed and when I raised hell because she was not being treated we were removed by security from hospital premises, and in the end she died because of the bigotry we were shown, treated as lower than third class citzens, illegal aliens were attended to more fairly than we were. but it was forgiven with sarrow, but never forgotten Christianity is a worse lie than the word politics.

well I called the 911 sheriff department came with coroners, I was locked  out of my apartment for two weeks while the powers to be did there investigation, thankfully by this time my daughter  Vanessa and I had redeveloped our previous bonds as parent and Daughter she rushed over and consoled me ,something I’ll never forget! and my best friend Vanity and her boyfriend they came over that chilly night and she offered me a place to stay till I could get my bearings again, I still had to figure out how  to afford to bury my friend well I and few friends pitched in and we had small service and cremated her , Ronna Simpson was a very good and Dear friends and will always be missed,now this is right around  Oct  ,November 2008.sorry folks will continue my story maybe Saturday, for part Iv. this one was very close to my heart .Blessed are the hearts that can bend; they shall never be broken.