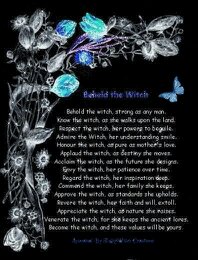 Well as some of you that have been following, My vague attempt at a blog, But then we all have a Looking Glass in which we view and judge our experiences for that is what makes us what we are and how we determine how we proceed in life given the same opportunities that most take for granted, And this comes from my experiences as being a transgender woman and fervently looking for employment in earnest, and having so called people saying they want to help me, if I will help them meaning if I give them oral gratification how they might assist me, and how theses said person just show up unannounced, yet I continue to comply knowing the attitude of the general public and having a transgendered person in there mist is great for conversation but ,not to employ one ,havens knows that would be a wreck looking to happen , so as polite as they can they complement you on a impressive resume , but always they have others they need to review and as always they’ll get back to you, and people wonder why Suicide is so prevalent. I’ve even on more times than I like very much considered it. If not for my dog and daughters, I believe I would have ended the struggle to continue long ago. But I endure and continue on, putting on a mask of the intrepid Transgender that preservers. Yet so many times I’ve wondered really why my life has to be filled with so much chaos and commotion. I’ve acquired a vast amount of experience in different fields, just in the attempt to survive and make a modest living. One where I can leave some proper things to pass down to my daughter so there Lives will be a little better, And I would think most people that where Parents would or might be of the same mind to leave something more for our children to give them a little better leg up as one would say. Than we were given. Why  is the atmosphere in today’s society so racially charged, which has been fueled by our own elected officials, and if you doubt my assessment, think about this when you go to fill out a application, you are asked whether your male of female and if your Black ,White or Mexican. Point being why should any of those things matter in the least, we are all human. No matter our skin tone or Ethnic origin or gender orientation. Skills are a viable commodity not our skin tone and ethnic origins. But yet so many employers are looking for specifics in ethnic backgrounds .it is shameful and as a American very disgraceful, so is my belief to be judge like that and not by the skills you can bring to enhance the work environment.